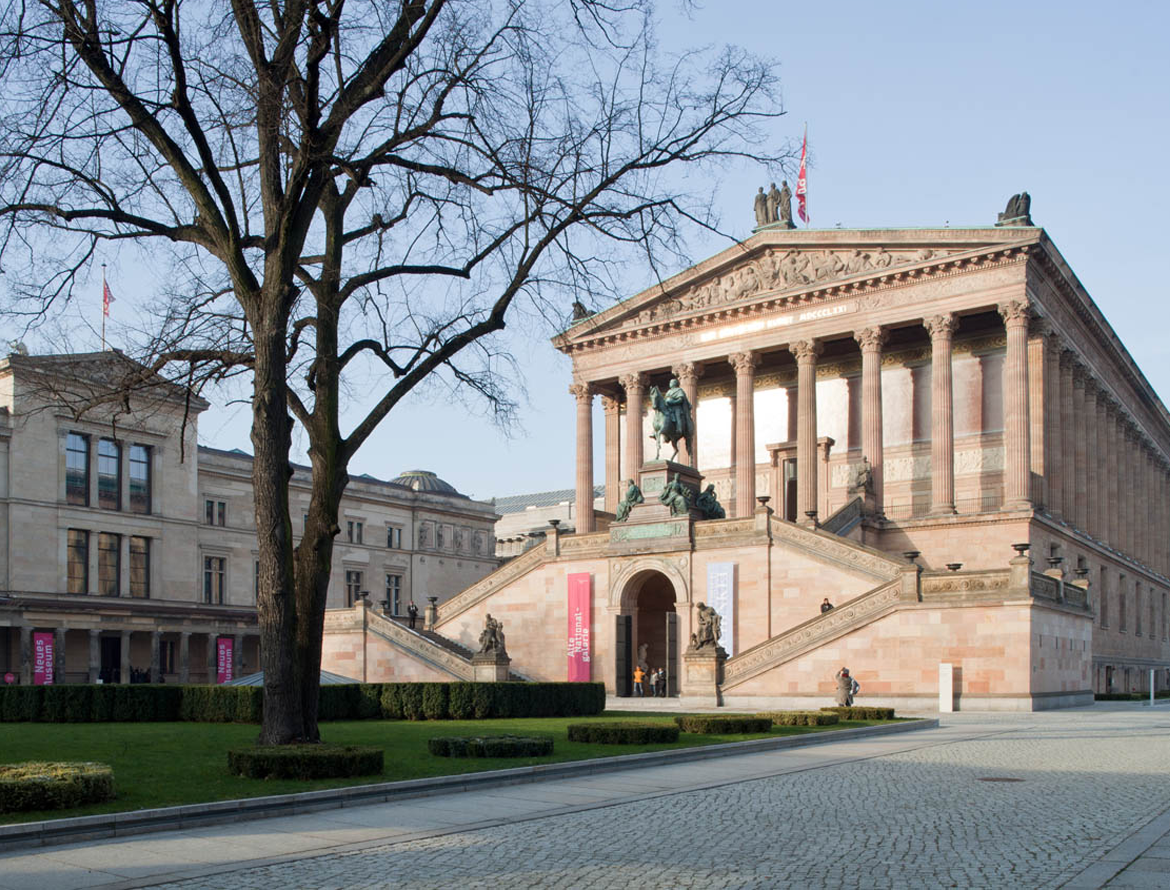 Thinking about a cultural visit to Berlin? Then you are in luck. If you want to visit some museums during your stay, you should read and take notes of this list of the best 10 museums in Berlin to enjoy art and get to know the city’s history.

Apart from having many leisure options (mainly nightlife) for everyone, the city is quite rich in the cultural field.

For a start, we recommend heading for the Museum Insel, located in the historical city center close to the Spree river. Considered as a World Heritage site by UNESCO, here you will find the 5 most important museums in Berlin.

If you want to enjoy it the fullest, you should spend almost a whole day of your trip there, it’s really worth it.

Without a doubt the most famous ones in Museum Insel and considered one of the best museums in Berlin. Its unique in Europe; you won’t find the usual paintings or crowded display-cases here, but instead, huge ancient constructions such as the Pergammon altar, the Ishtar door or the entrance to Mileto market.

It should be mentioned that until the 2019, the Pergammon altar is being restored and has limited public access.

Usually there is large queue all day, so we recommend buying your tickets in advance through their website: http://www.smb.museum/museen-und-einrichtungen/pergamonmuseum/home.html

Price: 12€. Combined with other museums in Museum Insel: 18€

One of the other 5 museums of Museum Insel and famous for the exhibit of Nefertiti’s bust. The museum also has such a large collection of Egyptian art, that it is been called “the Egyptian museum” in Berlin.

It is the oldest museums in Berlin, built in middle XIX century and considered an innovative project due to the steel used in its construction.

During the Second World War, it was bombed and almost all the exhibition pieces were destroyed. Only the outdoor walls weren’t damaged, but it wasn’t until 2003 that the museum was rebuilt.

Price: 12€. Combined entrance with the other museums of Museum Insel: 18€

One of the other galleries of Museum Insel with paintings of the XIX century; Romanticism and Impressionism. It was the first museum in the world to have pieces from this period. The gallery looks like a Roman temple with a huge staircase at its entrance.

You will find Manet, Monet, Karl Friedrich Schinkel and Adolph Menzel pieces amongst other big artists. Even though the majority of pieces are paintings you will also find a good sample of sculptures.

Like most of the constructions and museums in Berlin, it was bombed during the second World War.

Price: 12€. Combined entrance with all the museums in Museum Insel: 18€

Also in the Museum Insel, its collection is based on classical antiquity, mainly Greece and Rome. The museum is located on the huge Lustgarden esplanade in front of Berlin’s Cathedral, one of the most famous places in the city.

It opened in 1830 but it also suffered from the bombs of the second World War. The restoration work lasted until the late 70’s.

Price: 10€. Combined entrance with all the museums in Museum Insel: 18€

Located in the city center, close to Museum Insel, this museum shows the daily life of the old German Democratic Republic. A visit to this museum is a little bit different from the other museums on the list.

Even though it is not the usual purely cultural visit, it is really worth it, interesting and sensitive at the same time.

A great part of the exhibition is interactive: you can open doors, closets, drawers, and even take a look at some books and sit on a Travi car. One of the big attractions of this museum is a typical, life-sized RDA house.

It is a really good option for kids, as it is an interactive way to learn Berlin’s amazing history.

One of the most interesting visits in Berlin. The aim of this museum, inaugurated in 2001, is to spread the German-Jewish culture and history from the Middle Ages until the second World War.

The collection is housed in an avant-garde building that made the museum iconic in Europe. On its walls and in its interior, it shows the anguished life of Hebrew people. Everything there is full of symbolism.

The exhibition is based on three different themes: continuity, the Holocaust (with the names of concentration and death camps of Nazism on the walls) and the exile with a quite peculiar garden. The plants hang from the top of big cement blocks to make you feel the same as the people in the camps, who wanted to live in an unknown place.

This museum remembers German history from 100aC and it’s located in the famous avenue; Unter den Linden. It is the most important baroque building in Berlin with a more modern one to exhibit the temporary collections.

The permanent collection consists of 8000 objects chronologically ordered to show the continuous path through history.

Price: 8€ (free for under people under 18 and discounts with Berlin Welcome Card)

This is the last of the museums on Museum Insel. Its collection is based, in contrast to the other museums in Berlin, on Bizantine art history and archeology. Apart from that, it also has a numismatic section, an interesting sculptural collection and an interactive area for kids.

It is also worth seeing the building from the other side of the river, as it is considered one of the prettiest views of Berlin. This is due, among other things, to the amazing dome that crowns the building.

Price: 12€. Combined entrance with the other museums of Museum Insel: 18€

This permanent exhibition is an exhaustive tour of Nazi institutions and their actions between 1933 and 1945, and the history of the Gestapo and SS, who were in charge of Third Reich’s security. In fact, the same place where you can find this exhibition now, is where the SS offices were located and it even housed their own prison.

In Topographie des Terrors you will also find a part of the Berlin wall that hasn’t been destroyed. Despite being a sad visit, it is really worth it and necessary to understand what happened in the city. You can see texts, videos, recordings and photographs that transfer you directly to Nazism period.

This museum is dedicated to the Berlin wall´s history. It is located near the preserved guard house called Checkpoint Charlie, where it is explained why, how and when the wall was built and what the consequences were for the German people.

You will find photographs, stories from escape attempts to the other side of the wall, and other curiosities like objects used during these attempts.

Even though this is not an indispensable visit, it is worth if you have time. It was founded in 1962, almost at the same time when the wall was also built by Hildebrandt, who was looking for a place to exhibit all her objects related to the wall.

These are our recommendation of the best 10 museums in Berlin to know better the city history. Have you already visited any of them? Are you planning to go to some of them? Tell us by leaving a comment.