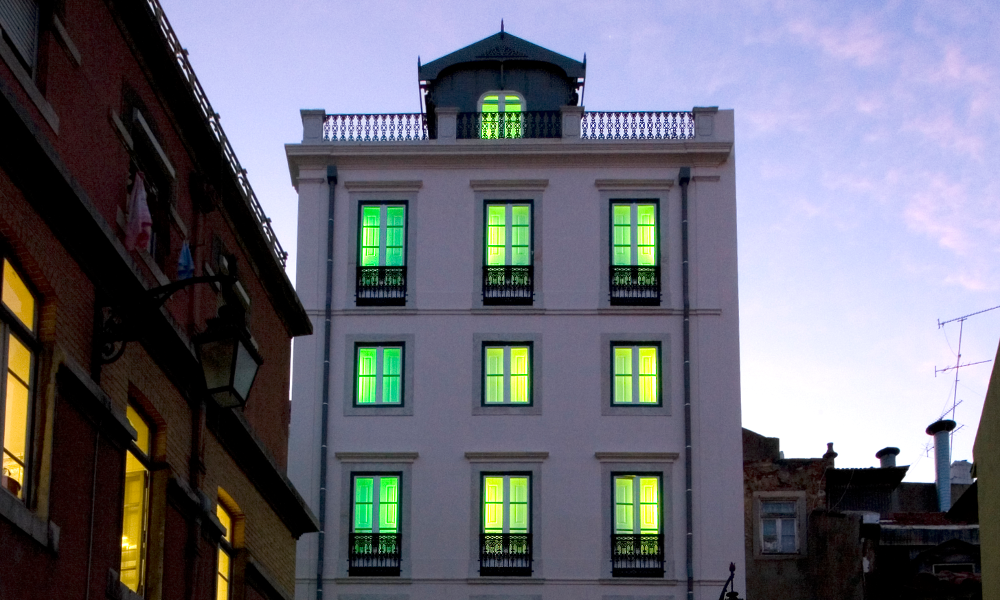 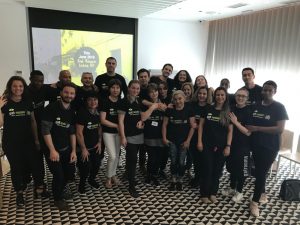 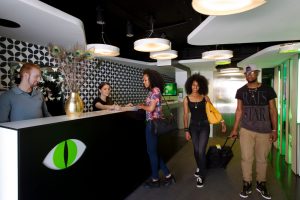 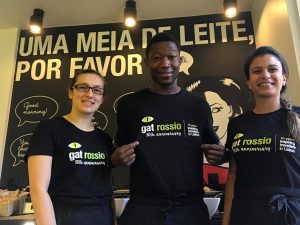 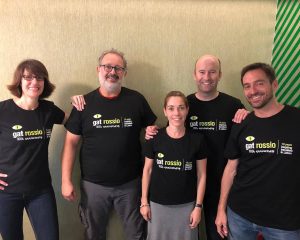 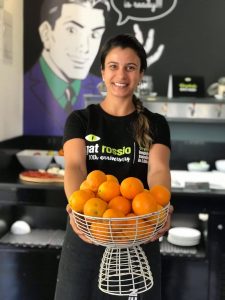 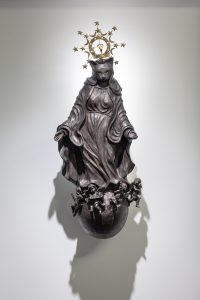 June is going to be a month packed with celebrations at Gat Rossio! In honour of our upcoming anniversary, we are launching several online contests and other offline activities to celebrate how far we’ve come in the last ten years.

Photography workshop & tour
On 2nd June, we will be hosting a workshop led by professional photographer Pedro Pina. A 1-hour theory session will focus on getting the most out of your camera or Smartphone, followed by a three-hour tour of Lisbon’s most photogenic corners and an hour-long presentation of the pics taken. The best photographs will be displayed at the hotel.

#10yearsgatrossio giveaway
During the month of June, use our promotional code Meoow10 to enjoy a 10% discount when you book a stay with us for any dates between 1 June–31 December 2019. To top this offer off, a magnificent gift to help you discover Lisbon will be waiting for you when you check in.
Read the giveaway rules at https://whereis.gatrooms.com/10yearsgatrossio-contest/ and book your stay at http://b.link/gat10.

Photography contest: #mygatmoment
Whether you’re staying with us this month, have visited us before, or are one of the Gat Team, we would love you to take part in the contest we have dreamed up to bring out everyone’s creative side. You could win a two-night stay for two at Hotel Gat Point Charlie in Berlin!

Check out the contest rules at https://whereis.gatrooms.com/mygatmoment-contest/.

On the top of it, you will receive a present at your arrival! 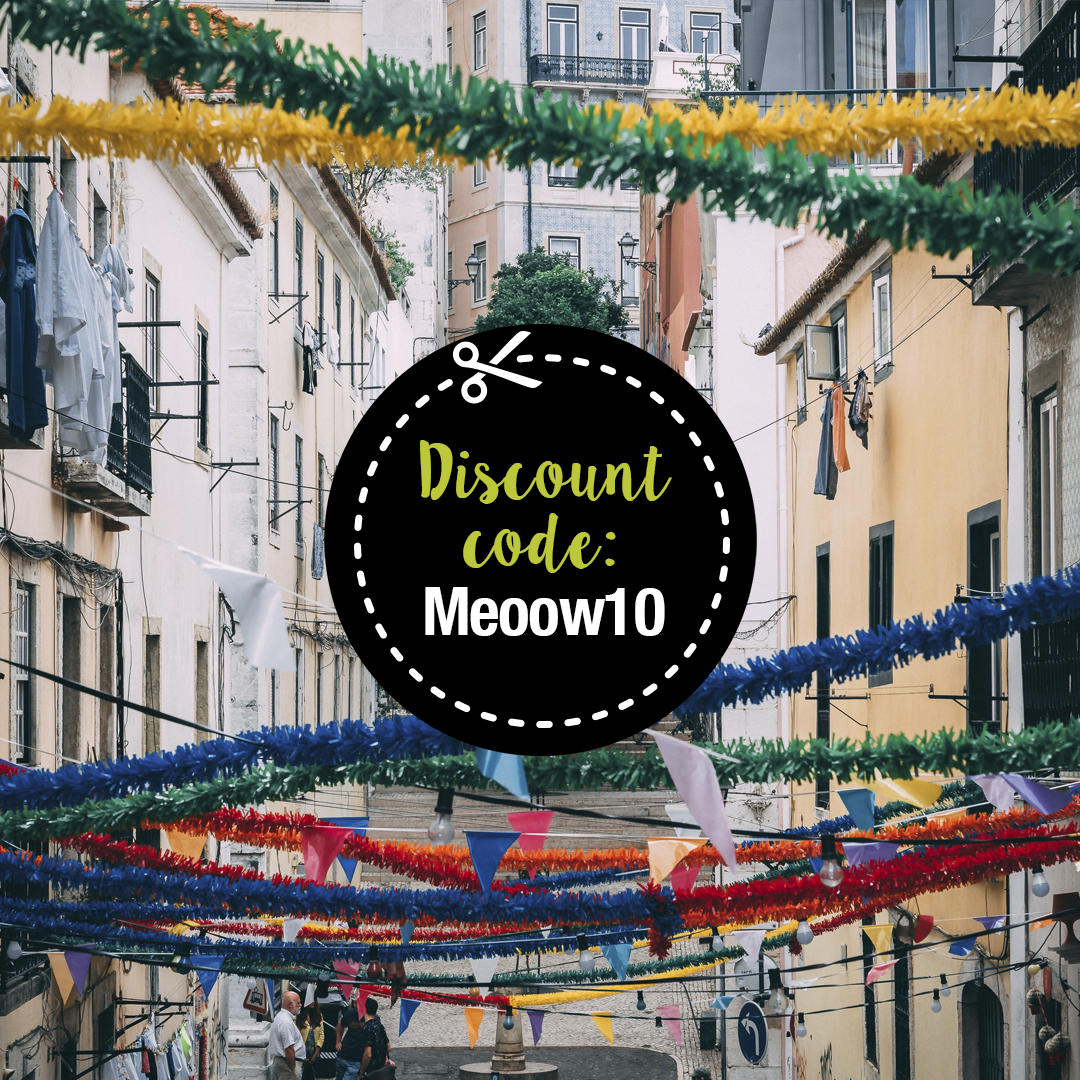 1. Objective
Gat Rooms is holding a giveaway on Instagram from 1-30 June 2019 to celebrate Hotel Gat Rossio’s 10th anniversary. The prize is a discount code for booking a stay at Hotel Gat Rossio in Lisbon and the chance to win a free gift to be collected on arrival.

2. Organization
The giveaway is organized by Gat Rooms Hotels and is in no way endorsed or sponsored by Instagram.

3. Entry restrictions
To take part in the giveaway, participants must:
– be aged 18 or older;
– follow @gatrooms on Instagram

5. Prize
In addition to the discount, guests who use the promotional code for their booking and tag 3 friends on the giveaway post will receive one of the following prizes on arrival:
– Discounts in restaurants
– Complimentary drinks in traditional venues
– Discounts on books
– Discounts on guided tours
– Free HIPPOtrip ticket for 1 adult
– Lonely Planet travel guide
– Discounted tickets to Super Bock Super Rock festival
– Free 2-night stay for two people at Gat Point Charlie, Berlin
– Discount on a 2-night stay for two guests at Gat Point Charlie, Berlin
– Promotional merchandise and gifts
Prizes will be selected randomly by a giveaway picker tool.

6. General terms
– Children are forbidden from entering the draw.
– All discounts and experiential prizes must be redeemed between 1 June 2019 – 31 December 2019 (inclusive).
– Prizes are not exchangeable.

8. Acceptance and publication of the contest rules
– Participation in the giveaway implies the acceptance of the rules of the draw. These rules will be available through the link in @gatrooms Instagram bio and at Reception in Hotel Gat Rossio.

1. Objective
Gat Rooms will hold a photo contest on Instagram from 1-30 June 2019 with the aim of encouraging people to take creative pictures at Hotel Gat Rossio in Lisbon. The winner will enjoy the prize of a two-night stay for two people at Hotel Gat Point Charlie in Berlin.

2. Organization
The contest is organized by Gat Rooms Hotels and is in no way endorsed or sponsored by Instagram.

4. Entry instructions
1. You must follow @gatrooms on social media to be eligible for entry in the contest.
2. Take an original, creative photograph of a memorable moment at Hotel Gat Rossio.
3. Post your picture on Instagram or Facebook between 1-30 June 2019.
4. Add the hashtags #mygatmoment and #10yearsgatrossio and tag @gatrooms. Make sure your post is public so that we see it.

There will be two winners: one former or current employee and one former or current guest.
A jury appointed by Gat Rooms Hotels will select the winning photographs from among those posted correctly according to the instructions listed above in point 4 and taking into consideration the originality, creativity and quality of the image.
The winners will be announced and contacted on @gatrooms social media accounts on 8 July. They must accept the prize by responding to the first message by no later than 22 July 2019.
The names of the winners will then be published with their photographs on @gatrooms social media accounts.

5. Prize
Two prizes of a two-night stay for two people in our hotel Gat Point Charlie in Berlin will be awarded.

– Gat Rooms will assume that any photograph that features a minor will have been taken and published with express parental consent.

– Gat Rooms reserves the right to use any photograph shared by any participant in the contest for future promotions or publication on its social media accounts.

– Gat Rooms reserves the right to disqualify any participant who fails to comply with the entry restrictions and contest rules.

– Gat Rooms reserves the right to delete submissions that are shared from fake or questionable profiles. Photographs with a clear promotional purpose or that fail to comply with current legislation will not be accepted.

7. Other specifications
– The Gat Rooms jury reserves the right to select and alternative winner if the winner announced does not confirm their desire to accept the prize, rejects it or fails to comply with any of the conditions set out in these contest rules.

8. Acceptance and publication of the contest rules
– Participation in the contest implies the acceptance of its terms. The invitation to enter indicates the website address at which these rules can be accessed, and a copy will be made available at Reception in Hotel Gat Rossio.